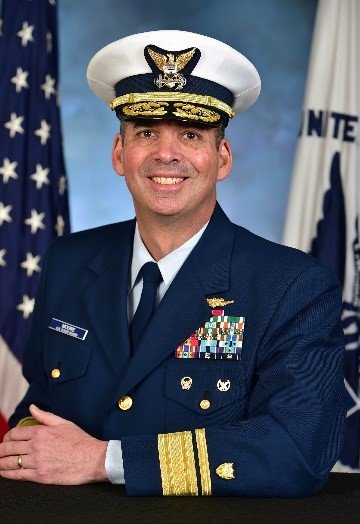 Rear Admiral Moore graduated from the United States Coast Guard Academy with a Bachelor of Science degree in Naval Architecture and Marine Engineering in 1992. He holds both a Masters of Naval Architecture and Marine Engineering and a Masters of Business Administration from the University of Michigan and Masters of National Resource Strategy from the Eisenhower School. His military decorations include two Legions of Merit, four Meritorious Service Medals, two Coast Guard Commendation Medals, and the Navy Commendation Medal. He has been a registered Professional Engineer in the state of Michigan since 1999.